After breakfast I hiked out of Old Faithful with the tourists past amazing thermic areas and up back into scrub forest on old logging road alignments. I’ve never been to Yellowstone and was quite glad to have spent the night here, watching Old Faithful, and chatting with 2 women on a long tour at dinner last night. I like sitting at the bar when I’m solo and found a good spot next to these women about my age. The hotel staff and servers have a tough job with the crowds of day trippers but they were friendly and kind to me, I felt comfortable being here. Yesterday I charged my Anker, washed my clothes, picked up my box from the crabby guy at the post office, had a beer and burger, watched Old Faithful, talked to Dan about celebrating his #70 birthday and didn’t have to hike backwards or forwards to my permitted campsite. WIN!

The permitted campsite 10 miles out was next to a stagnant brown lake. I just needed to go a few more miles to get out of Yellowstone and it’s camping restrictions so I got enough water to last till the next day and kept going until I was out of the Park for a total of 20 miles. Between 8 and 9 pm at least a dozen hikers went by, the most I’ve seen in a single day on the CDT. I’m not sure how so many hikers could vortex in Old Faithful. Is there some secret stealth campsite hikers slip to when nobody’s watching?

I heard from my Yosemite friends Noreen and Mark, in the area with their camper, fishing gear and black lab Walker. We are going to meet tomorrow when I hit the highway at Mack’s Inn, about 18 miles away. I met Noreen years ago when I started volunteering with a group in Yosemite for a week every year. That led to a friendship and me helping organize a backcountry work week in Yosemite for a few years, and to volunteering when Mark led trips to the High Sierra Camps in Yosemite. My friend Tarcey and I stayed at their house in Foresta in 2013 when I hiked the John Muir Trail for the first time and they welcomed us to their wonderful Clouds Rest Cabin when we held my Dad’s memorial gathering and scattering in Yosemite on his birthday in November 2015.

An easy uneventful hike down abandoned roads to USFS gravel roads to a paved road to the highway. I saw 2 hikers in chairs on the lawn outside a restaurant, joined them and waited for my friends. 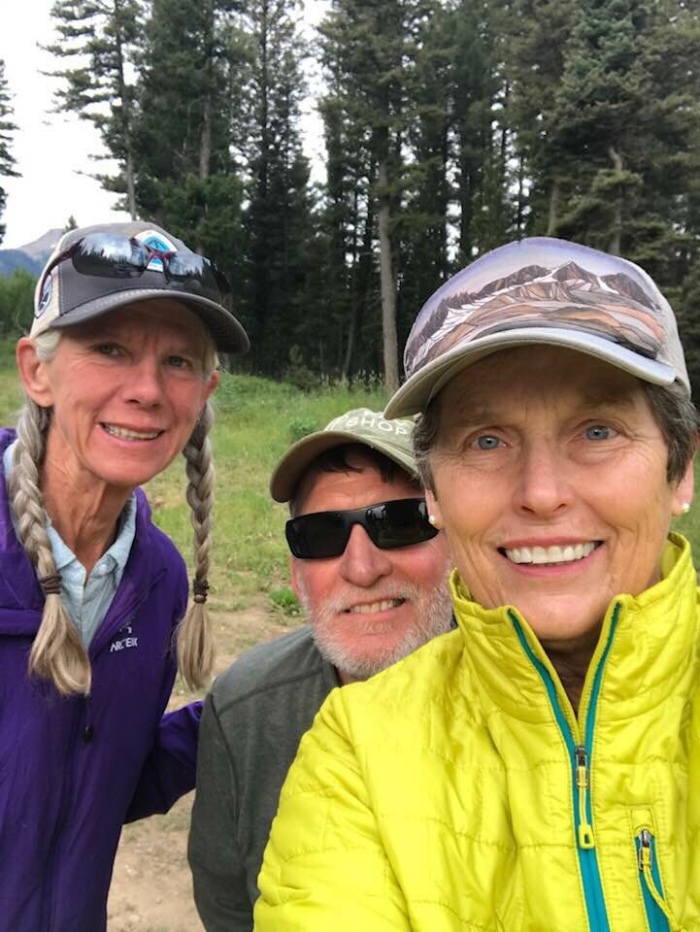 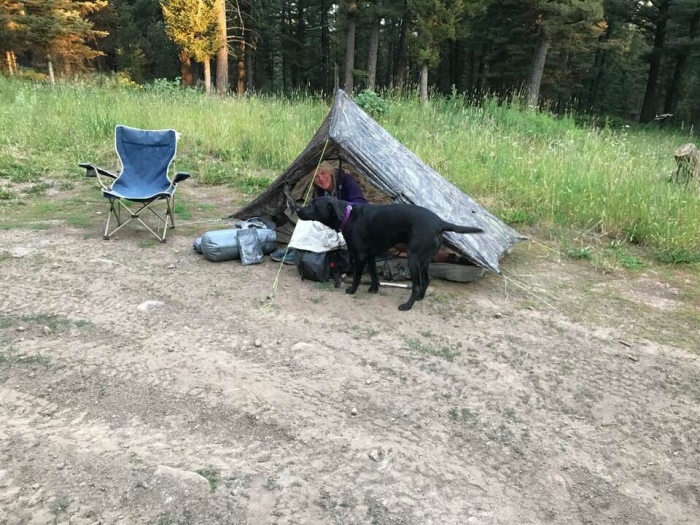 They bought me beer, dinner and a shower. They shared Walker, who greeted me the following morning with a wagging tail and dog slobber, the sweet boy. It was just so good to spend time with people I love.

The next day they gave me a cheater ride up the dirt road to where the trail began. A tough day of hiking even with the late start. A bunch of side hilling bushwhacking where I met Silver Sam pictured below. Back on tread, I picked up enough water to hike 19 miles (into the following day) and camped out of sight near an ATV road.

The second day was a pretty nice route mostly on top of the ridges. The Guthook track was off the GPS, but on another line. The views were great. Picked up water after hauling it most of the day and made 21 miles just past Ching Lake. 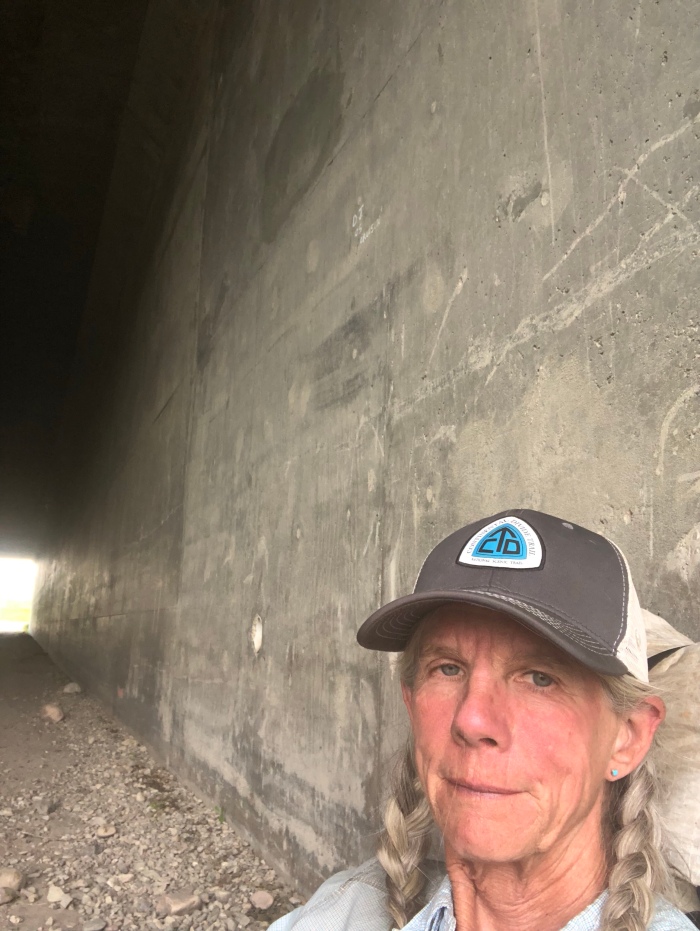 So as Triple Crowner Nacho told me the winter of 2015 before my first PCT, there’s good days and bad days. 7/23 was bad. Again, there was no trail and the GPS was off. Slow, slow bushwhack. Tons of Steep Pointless Ups and Downs, SPUDs. Get it? I’m in Idaho. Steep up hurts my right Achilles and hamstring. Steep downs burn my quads. A long day and I only made 17.

The next day though it was an easy 12 to Highway 15 where I waited 4 hours for my scheduled pick up by Mike from Lima, MT. And I crossed trail for the first time with a pair of SOBO thru hikers. I hung out in the cool of the underpass and in the heat of the weeds next to the railroad tracks. How awful it must have been to be a hobo back in the day. At the hotel, Mike said that next to my room was a single injured hiker woman. I left my door open and sure enough, Skeeter walked by and we got to talking. Dan’s due to arrive and with no set plans I think we can give her a ride up the trail or to a town of her choosing. Dan is turning 70 in a few days. That’s kind of a big number so we’re going to celebrate somewhere in Montana or Idaho. Logistics issues again, so I’m going to take a few days vacation and go car camping with Dan until Poppy and I meet to bounce north to the Canadian border. We’re going to hike the CDT south until she has to go back to work. I will probably keep heading south for awhile after that. This not thru hiking stuff is rough.

2 thoughts on “So Long, Wyoming, Love You”